Mr. Muhammad Tahir Lakhani, who also holds the membership of the famous Propeller Club of the United States, serves as the Chairman and the Managing Director of well-recognized Dubai Trading Agency LLC (DTA) Dubai, UAE.

Over the years, he has played a key role in promoting the UAE as an imperative regional and global centre for maritime trade and logistics. He was born in Karachi Pakistan on 27th April 1962 in a reputed family. Mr. Tahir Lakhani further served as a representative of UAE in his capacity as the Vice Chairman of the UAE Shipping Association until 2019.

Mr. Muhammad Tahir Lakhani came over as an ardent sportsperson from an early age and grabbed some big achievements in the Tennis world due to his sheer talent and hard work. He became one of the youngest tennis players to represent Pakistan at the Davis Cup and further ensured his participation in Junior Wimbledon. After making all the big names in the tennis world, he then decided to explore big opportunities in the ship recycling industry.

After gaining some good experience in the shipping industry, he then thought of switching from Pakistan and chose Dubai as his new destination. In 1985, Mr. Muhammad Tahir Lakhani kick-started his business concerning buying & selling of ships. The business was aimed towards buying the ships and then sells them to the recycling yards for decommissioning.

In fact, Tahir Lakhani Dubai turned out to be the first-ever ‘cash buyer’ of vessels who has established his full-fledged operations in the UAE.  Simultaneously, he came over as the first person to hold Green Recycling Conference in Dubai, in partnership with international maritime publication Tradewinds.

Key achievements and honors : His greatest achievements in the shipping industry came over as the historic purchase of three ex-Adriatic Tankers VLCC’s in international waters off the UAE and their delivery to the breakers in Pakistan.  By that time, it was deemed as the biggest ship demolition deals materialized. His business touched new horizons by 1997 and his agency got the tag of biggest “cash buyer” of ships in the world while indulging in the buying and selling of more than 100 ships annually.

After realizing the importance of an international platform for the business requirement, Mr. Tahir Lakhani then decided to migrate to the UK in 1999 with his family. Muhammad Tahir Lakhani then secured British citizenship in 2009 but still kept on visiting Dubai to look after his business concerns. Well, in 2014, he finally decided to return to Dubai to establish his own firm named Dubai trading agency. 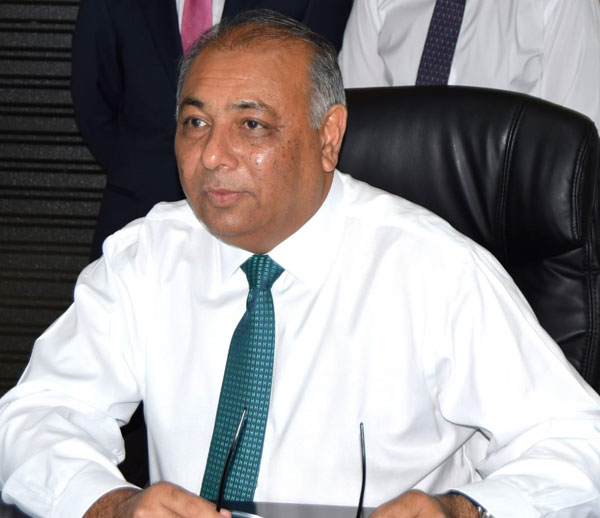 More Details about Any Latest Update and News Tahir Lakhani

Dubai Maritime City, the world class cluster for maritime activity, announced that the facility and its services were introduced at a specially convened Ship Owners meeting at The Capital Club at the Dubai International Financial Centre. The meeting was attended by Khamis Juma Buamim, Chairman of Drydocks World and Maritime World, Nikolas Veniamis, President of …

END_OF_DOCUMENT_TOKEN_TO_BE_REPLACED

The Greek Ambassador, Mr. Dionyssios Zois was welcomed by the General Manager, Mr. Ali Al Suwaidi, at Dubai Maritime City on 26 February 2017. The visit was primarily aimed at strengthening relations between the two countries with the prime focus to identify the investment opportunities within the marine sector. The vision, mission, and significance of the city, to act as a dedicated hub …